Miami, FL - May 7, 2010 - On March 4th the American Advertising Federation (AAF) of Greater Miami brought top agencies together at the Adrienne Arscht Center for the annual gala presentation of their coveted ADDY awards. Attendees were spoiled with indulgent Barton G’s catering and endless Bacardi cocktails at the 2010 ceremony. A success on the whole, the event was a hit for local agency Diaz & Cooper, who left with a Gold in Photography for its Barry University 2010 Viewbook.

The project has since been awarded a Silver at the District 4 Regional ADDYs and now qualifies Diaz & Cooper for the American Advertising Federation National ADDYs Competition. District 4 encompasses over 2,000 ad agencies in Florida and the Caribbean across 25 local AAF chapters. The competition was truly fierce. 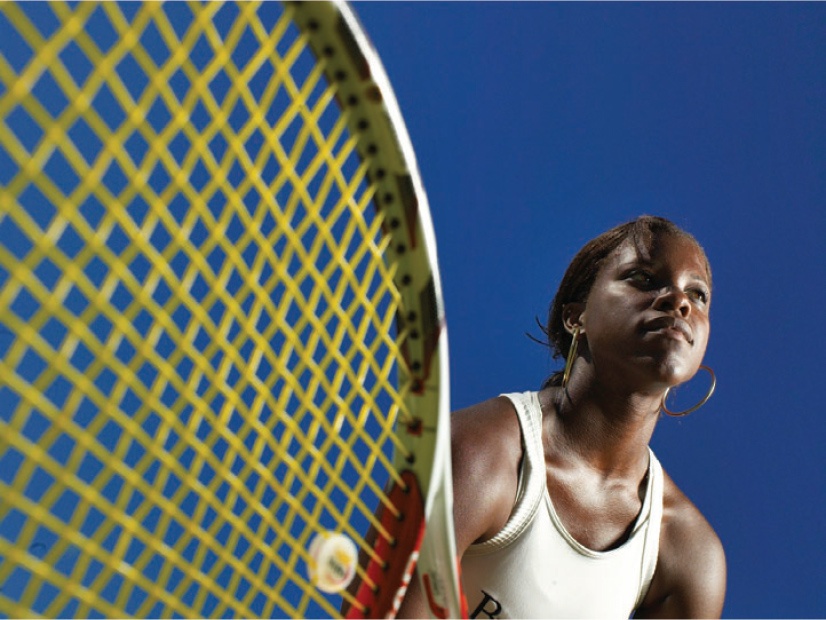 For the fifth consecutive year, this local agency was rewarded for innovation and presentation. For Barry University, it was vital to feature real students on the lovely South Florida campus, but the objective was to truly create a brand for the school. Some agencies might have balked at the prospect of using real students, but Diaz & Cooper clearly made the most of the opportunity.

Vice President and shoot director, Todd Cooper set out to capture images of Barry students in sunny, vivacious areas of South Florida and on the university’s campus. He explains, “It’s always a challenge using real people, but it became clear during the shoot that using students, doing what they love, was the only way to go. The shots were so graphic and the students so focused that through them we were able to capture the essence of the Barry brand better than we could have with models. The kids really got into it, and so did we.”

The result of this collaboration was an ADDY-worthy Viewbook that was not only a fresh, sleekly designed execution of education advertising, but also a means of highlighting the school’s tempting location and beautiful architecture. More importantly, it presented the diversity, academic opportunity and downright sunshine Barry has to offer. In a word, the Barry brand.

Founded in April of 2001, Diaz & Cooper is a Miami-based agency providing multi-media communications and advertising services to national and international clientele. For more information, visit www.diazcooper.com

Latest Articles from Our Blog

The costs of inbound marketing can vary widely, and we're going to provide average price ranges based on the assumption that you want the highest-quality work to see real results.

Photo by krakenimages on Unsplash How Inbound Marketing is More Cost-Effective than Paid Advertising When you invest in a marketing...

Photo by krakenimages on Unsplash The Importance of Outlining What Marketing Success Looks Like What’s in it for me? That’s the question...

Photo by krakenimages on Unsplash Email Marketing Strategy for Inbound Success Inbound marketing is all about meeting customers where they...

Photo by krakenimages on Unsplash Co-Founder Omi Diaz-Cooper Talks Strategy in a Live “Ask Me Anything” Recently, DCA’s Co-founder, Omi...

Photo by krakenimages on Unsplash  How Inbound Marketing Can Boost Your Business Both inbound and outbound marketing strategies can serve...

Photo by krakenimages on Unsplash What is the Purpose of Inbound Marketing? Why is it Important? Inbound marketing is different from...

Photo by krakenimages on Unsplash Learn how inbound marketing strategies can grow your business. As a marketer, it's your goal to attract...

Photo by krakenimages on Unsplash Why You Should Hire an Inbound Marketing Agency Building a website, managing social media and designing...

Photo by krakenimages on Unsplash Tech Careers will boom over the next 10 years... The Fourth Industrial Revolution is reshaping the...

If you've ever purchased from Lindt, The Economist, FitBit, or Allbirds (just to name a few), then you've likely experienced the Shopify...

Diaz & Cooper Advertising Staff Have Been #ROWE Since 2012 Last year while a global pandemic ushered in an expansive and unexpected...

Photo by Austin Distel on Unsplash Google's announcement that it will block third-party cookies across its Chrome browser by 2022 has sent...

Now is the time to market for the post-COVID travel recovery. Here's why: It is no secret that the travel and tourism industry took a...

Diaz & Cooper Advertising is excited to announce that Retail Today has placed us in the exclusive category of 40 Outstanding eCommerce...

Photo by Bruce Mars We, like 2.3 million others, are a small business in Florida. Over the last 19 years, Diaz & Cooper has become known as...

During challenging economic times, the temptation to cut back on marketing can be overwhelming. This is particularly true of digital spend...

Named after the historic inland region of Southern Norway known for its vast forests and as the birthplace of Telemark skiing, Telemark, WI...

Conversion Rate Optimization (commonly known as CRO) is a method aimed to help you improve your website’s ability to convert passive...

This guide will help you make the most of your marketing dollars during the crisis. Browse through LinkedIn or any other social channel...

Photo by Anete Lūsiņa Is your website producing new leads that you can turn into customers? We know that email marketing is one of the...

Image courtesy of The Word Point As the battle for direct bookings becomes ever more competitive for hotels, Google is increasing its...

The Essential Website Accessibility Guide What do Beyonce, Domino’s Pizza and the Avanti Hotel have in common? They have all recently been...

Diaz & Cooper has been named as one of the Top 25 eCommerce Design and Development Companies of 2019 by DesignRush. Coming in at #7 out of...

The new Hertz© website was just in the news, but not for a good reason. According to “The Register” car-rental giant Hertz hired the global...

The sheer breadth of customer data available to the average seller today can actually become a problem. When your head is up in the...

We’ve all had those days when we’re super busy, yet have to send out countless emails to prospects, as well as publish blog posts and...

Any marketing plan works best when you start with a well-thought out strategic plan for business growth.  With a strategic growth plan,...

Creating an excellent product landing page should be high up on your priority list when you’re designing your ecommerce site. The ecommerce...

On a scale of 1 to 10, how important is your website to your travel business? If your site were to disappear overnight, how would it affect...

Here are 5 reasons you may be wrong. You and I know something pretty important about your website – you need it to convert more bookings....

Part 1: Search Engine Optimization Introduction There is no debate: Your website is one of the most important pieces of your business...

Remember the last time your coworker cracked a joke during a conference call and the entire room erupted in hysterics? How about the time...

goal: Increase Sales (Brand Website Bookings) the challenge: Generate bookings among the adult and couples market to drive occupancy during...