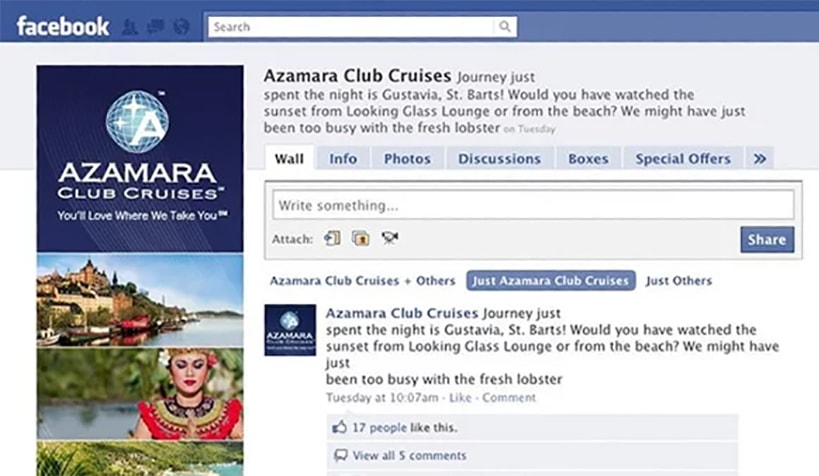 The newly-launched brand had almost no social presence and limited content. DCA had to create a platform to engage their hard-to-reach audience, cultivate a strong social community to generate proactive fan engagement.

Azamara’s trademark is their destination immersive cruises, which we shared visually via YouTube and with photo albums on Flickr. To truly differentiate from its competitors, it was important to showcase Azamara as destination experts – we used Facebook and a created an article-rich blog to provide tips, trivia and compelling stories from onboard crew. Twitter was employed to reach the travel trade with the latest news and deals. Our strategy provided a platform for the brand loyalists to engage and become ambassadors, sparking conversations and attracting new users to the community.

Azamara Club Cruises is a small-ship line, owned by Royal Caribbean, focusing on longer stays in destinations to serve the upscale and affluent segment of the North American, U.K., German and Australian markets. They engaged Diaz & Cooper in 2009 to create a new look for the brand’s re-launch with an emphasis on destinations and the goals of increasing awareness and supporting higher rates.